Our strong service foundation extends through every level of our organization, from sales associates to our seasoned leadership team. Our diverse staff of hospitality experts has over 150 years of combined experience, and our growing team of associates are committed to providing our clients with exceptional customer service. 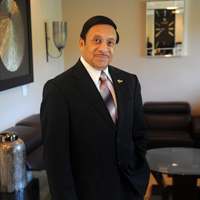 Abdul Lala is the Founder, President & Chief Executive Officer of Lala Enterprises. He was born and raised in Surat, India, and arrived the United States in 1971. He attended Texas A&M University, where he obtained his Bachelors and Master’s degrees in Engineering. Lala married his wife, Farida in 1974, and the young couple settled in Chicago, where the newly-minted chemical engineer worked for a cosmetics manufacturing company. At this job, he met his future employer, Charles Young Sr., who eventually moved the couple to Meridian, Mississippi.

While the move to Mississippi was quite a change, Lala’s career took off and in less than five years, E.F Young Manufacturing Company became a multimillion dollar corporation. Soon after, Lala climbed the ranks, where he became Vice-President.

One evening, in the Spring of 1981, Lala was surprised by the news that his wife, Farida, randomly purchased a small, 10-room motel. She had paid a $5,000 deposit on the property, based on a gut-feeling. While Lala was not on board with the initial purchasing of the property, over time, the purchase proved to be fruitful. In 1983, the Lala’s purchased a second independent property, and by 1989, they opened up their first franchised hotel. This intuitive purchase, changed the Lala’s lives for the better, and the long-term vision of franchising with well branded hotel corporations and constructing of properties began.

Lala’s vision became a reality in 1997, where he opened the doors of Lala Enterprises.

With 700 employees, Lala Enterprises has grown its portfolio to four owner-operated restaurants, and twelve hotels. In addition, it manages multiple hotels within the Mississippi and Alabama footprint.

Additionally, Lala is heavily involved with the community. He has served on multiple boards of organizations, including the Rush Medical Foundation, the Board of Tourism, and the East Mississippi Business Development Corporation.

On his time off, Lala enjoys spending time with his beautiful grandchildren, rooting for the Dallas Cowboys, and traveling the world with his wife, Farida. 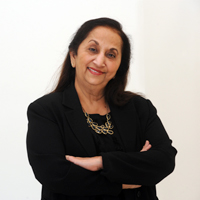 Farida Lala is the Co-Founder and Vice-President of Lala Enterprises. She was born and raised in Surat, India, and arrived the United States in 1974. Upon settling down in Chicago, Farida took on the role of being a loving wife, as well as working as a line operator at a toy factory.

In 1977, Farida and her husband Abdul relocated to Meridian, Mississippi. Farida obtained her Associates degree in Nursing from Meridian Community College. Soon after, Farida became pregnant with her son, Asif, and decided to focus on her family.

Being a very active and social person, Farida knew that she could no longer be a housewife. Her innate drive for achieving the “American Dream” took over, and in the Spring of 1981, Farida impulsively purchased a small, 10-room motel. Farida and her family moved into the small motel, and she took on the role of being not only a wife and mother, but also a front desk clerk, a maintenance and laundry person, and housekeeper. She worked all hours of the day, often cleaning rooms in the middle of the night to re-rent to other guests. Farida’s hard work and dedication paid off, and in 1983, the Lala’s purchased a second independent property, and by 1989, they opened up their first franchised hotel.

Farida continues to maintain involvement with each and every property Lala Enterprises owns, operates and manages. She has worked diligently to ensure that all vendor relationships are maintained properly, oversees all purchasing and inventory protocols, as well as streamlining operational efficiencies.

With 700 employees, Lala Enterprises has grown its portfolio to four owner-operated restaurants, and twelve hotels. In addition, it manages multiple hotels within the Mississippi and Alabama footprint.

On her time off, Farida enjoys spending time with her family and spoiling her grandchildren. 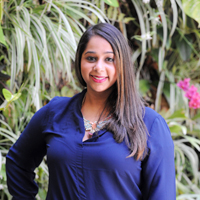 Aneesa Lala Singh is the Executive Vice President of Lala Enterprises. With a lifetime of hospitality management experience obtained through her family’s 30+ year old business, Aneesa brings a wealth of knowledge to the company.

As Executive Vice - President, Aneesa works directly with hotel owners and general managers to ensure that each property operates within company standards to deliver a unique guest experience, while also achieving optimum profitability. She is responsible for providing overall strategic leadership and vision, and has a proven track record of consistently achieving results. Throughout her career, Aneesa has successfully led, trained and motivated teams and has demonstrated innovation by combining excellent strategic thinking with exceptional tactical success.

Prior to joining Lala Enterprises, Aneesa served as the Director of Strategic Services of a privately owned consulting practice based in Chicago, Illinois.

Aneesa is a proud graduate of Mississippi State University, where she obtained both her Bachelor’s and Master’s degree.

On her spare time, Aneesa enjoys spending time with her husband, Paul, and her two children Amaan and Ruby. She is an avid football fan, and can actively be found cheering on the Dallas Cowboys and the Mississippi State Bulldogs. 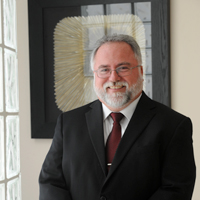 Steve Mann is the current Vice President of Operations for Lala Enterprises, a Hospitality Management Company located in Meridian, MS. He has over 38 years of experience in the Hospitality Industry and has completed several academic programs, garnering various degrees, certifications and professional accolades. He has experience in Food & Beverage and Hospitality locations with sales reaching in excess of $2 million, and has served as a management team member for several flagship properties at popular tourist destinations. He is currently focused on growing the Lala Management company through acquiring, or constructing, several restaurant and hotel properties in Mississippi.

Mr. Mann started his career with Lala Enterprises in 1995. He utilized his wealth of experience in the hospitality industry during the construction and opening of the Holiday Inn Express of Meridian, all while continuing to serve as General Manager of the Quality Inn, another Lala property. He served as the General Manager of the Holiday Inn Express for six years before stepping up to the Director of Operations Position.

During his tenure with Lala Enterprises, Mr. Mann worked to successfully increase room revenue and occupancy rates at each property, while maintaining brand standards. He established company operational guidelines that later served as Lala Enterprises company policy, applied across all properties. 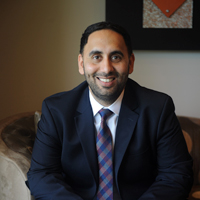 Paul Singh is Director of Hotel & Restaurant Operations. He is a passionate leader with exceptional managerial, motivational and operational abilities, who is committed to the integrity and identity of all Lala Enterprises properties. Paul’s responsibilities include overseeing information technology, financial operations, and working with our corporate team to oversee the development of all new business ventures. Additionally, Paul is responsible for streamlining operations to produce financially successful hotel and restaurant operations for our IHG and Hilton brand properties, as well as all of our IHOP restaurants.

Prior to joining the Lala Enterprises team, Paul resided in Atlanta, Georgia where he gained extensive experience in a variety of sales and management positions. After graduating with his Bachelor’s Degree in Finance from Georgia State University, Paul worked in a number of sales and leadership positions for a large, multi-location car dealership. Paul’s fresh perspective on sales and immense attention to financial details make him a very valuable member of our team. He is dedicated to finding new, unique ways to leverage his professional strengths, creativity and a variety of industry expertise on behalf of Lala Enterprises’ diverse portfolio of properties.

On his time off, Paul enjoys spending time with his wife Aneesa, his son Amaan, and cheering for the Chicago Bulls, Bears and Cubs. 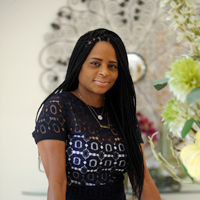 Toya Dockery is the Director of Operations for our mid-market and premium brands. She was born and raised right here in Meridian, MS to Tony Dockery and Alma Pearl Dockery (Pigford). Toya is a Meridian High School graduate and studied Business Administration at Meridian Community College. She has been able to utilize her education and experience in the hospitality industry since 1993. She joined Lala Enterprises in May 2008 as General Manager of Econo Lodge. In December of 2008 she was transferred to Comfort Inn as the General Manager. In May of 2015, Toya was promoted to Director of Operations for Lala Enterprises Choice Brand Properties. 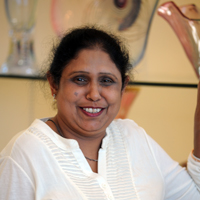 Pushpa is the wife to D.K. Srivastava, and a mother to three beautiful daughters, Uma, Ambika, and Renuka. 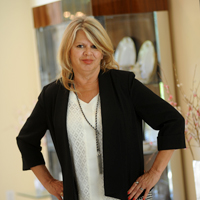 Kennlyn Forbes is our General Manager for the Holiday Inn in Meridian. She comes to us with a varied background in the hospitality industry. Starting her career in 1979, Kennlyn worked in advertising and marketing for the leader in the retail industry, Sears & Robuck in Meridian. With over 21 years with Sears, her talents in retail ranged from marketing department all the way to Store Manager.

After marrying, she moved to North Carolina where there was not a Sears. It was here that she got in to the hospitality industry as a Sales & Marketing Director for Ramada Inn & Resort Conference Center right on the beach. She loved it. From North Carolina, she went to Atlanta with Holiday Inn for 12 years working in Sales and then up to General Manager. She joined Lala Enterprises as the General Manager in 2014.

In her career, she has worked for award winning properties including the Holiday Inn Atlanta which was a torch bearer for two years in a row. She was also the Director of Sales of the Year for IHG which is company-wide and a huge accomplishment.